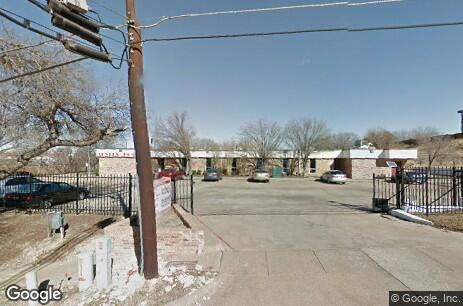 Volunteers of America Texas (VOAT) is a faith-based organization dedicated to helping individuals, families and communities reach their full potential. Their programs are particularly focused on helping the elderly, people with disabilities and those who have been released from correctional facilities. However, volunteers are not limited to these groups. They also help people in need in other ways.

Qualifications to be a commissioning volunteer

Volunteers of America Texas is a faith-based nonprofit organization dedicated to serving people struggling with poverty in the United States. Their programs focus on supporting vulnerable populations through mentoring and skill building for children and families. They also provide affordable housing and support for the elderly and people with disabilities. They work to give hope to hopeless situations by helping those who are experiencing homelessness, hunger, and other problems.

To become a commissioning volunteer for Volunteers of American Texas, candidates must complete the application process. They must submit their completed application packet by January 15 of each year. Once their packets are complete, they are forwarded to the Church Governing Board (CGB), where a committee will review the application and determine if the candidate is a good fit for the ministry. If approved, commissioning will be held during Volunteers of America’s annual conference in March.

The Volunteers of America Texas branch provides a wide range of services to assist individuals and families struggling with poverty. It works to alleviate these challenges by offering affordable housing, educational programs, financial coaching, and life skills. It also offers assistance for people with disabilities. Its programs help participants develop the skills necessary to be productive members of society.

The organization’s re-entry programs can begin even before the individual is released from jail. These programs help people overcome their addiction, seek employment, and develop social networks. The program also offers referrals to local non-profit organizations and community resources. The Volunteers of America Texas branch is also involved in resolana programs for the elderly and low-income families.

History of Volunteers of America

The Volunteers of America are a non-profit organization that has been assisting the needy and underprivileged for more than 100 years. They provide services such as homeless shelter and meal services throughout the year. They also provide jobs for unemployed and underemployed individuals. In Texas, their history can be traced back to 1917, when the organization was founded.

The organization began as the God’s American Volunteers. Initially, it was organized in the military style with ranks, uniforms, and marching bands. Later, it became more democratic, with leaders elected by the membership. Women were also able to hold office on equal footing with men.

In the early years of its operation, Volunteers of America helped the poor and needy during the Great Depression. In the 1960s, the organization began organizing annual fundraisers, such as Sidewalk Santa campaigns in New York City. By the 1970s, the organization focuses more on housing the poor.

The history of Volunteers of America Texas dates back to 1896. The organization was established by Ballington and Maud Booth, two social reformers who were former Salvation Army commanders. They wanted to spread the gospel message through practical religion and material relief. The early Volunteers of America assisted the homeless, fed the hungry, and visited prisoners. Ballington Booth was the son of the controversial Salvation Army founder, while Maud Booth was the daughter of a well-to-do Anglican rector. Their father performed the wedding ceremony.