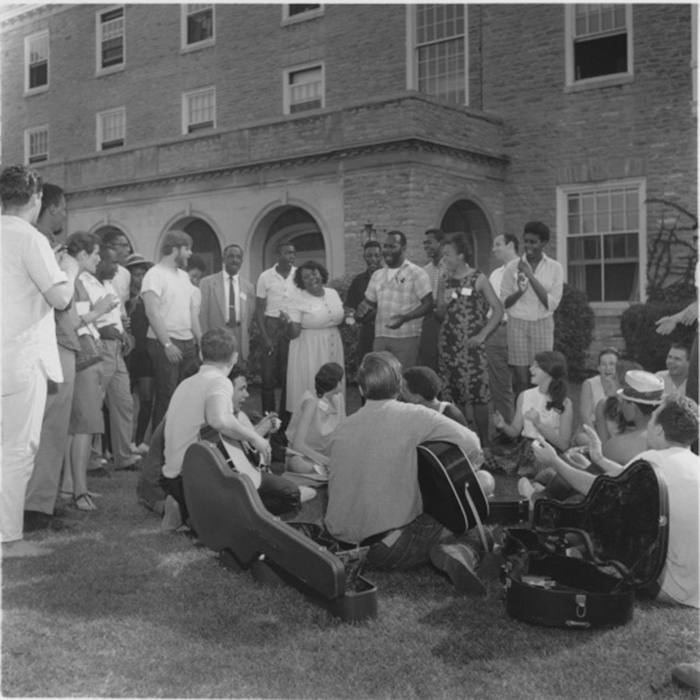 Freedom Summer’s impact was profound. It resulted in the deaths of six people and more than thirty shootings. In addition, at least eighty volunteers were beaten and more than one thousand were arrested. At the time, the FBI was unable to intervene in the violence against local communities and civil rights workers. More than two hundred volunteers remained in Mississippi after the summer ended. A number of them dropped out of school.

Andrew Goodman was a white Jewish American who volunteered for the freedom summer project in Mississippi. He was murdered on June 21, 1964, along with two other activists by members of the Ku Klux Klan and local government officials. Goodman had a deep commitment to social justice, and his family worked to establish a foundation in his name. The foundation’s goal is to support young activists fighting for social justice.

Freedom Summer also served as an important catalyst in the women’s liberation movement. The experience helped foster group consciousness among white women, despite the fact that many of the volunteer roles were reserved for men. During the project, Mary King and Casey Hayden presented an anonymous position paper at an SNCC staff meeting in Waveland, Mississippi, criticizing the project’s discriminatory treatment of women.

The Freedom Summer Project was a political action campaign directed by veterans of the Student Nonviolent Coordinating Committee (SNCC). The goal was to register as many black Mississippians as possible. In addition, the program worked to promote black candidates for public office. The Freedom Summer Project also encouraged blacks to vote by establishing community centers and offering free citizenship education.

The freedom summer project’s mission was made more difficult when three civil rights workers went missing in Mississippi. James Chaney, a black Mississippian, and Andrew Goodman, a white northerner, were murdered while investigating a church burning. The abductions intensified the fears of new activists, but the Freedom Summer staff continued to move forward with the campaign.

The freedom summer project was a time of great social and political change, but it was not without its controversy. Many members of the Ku Klux Klan and state and local law enforcement were hostile to the project’s volunteers. The event garnered international attention and led to the passage of the Civil Rights Act in 1964 and the Voting Rights Act in 1965.

In the summer of 1964, the first three hundred civil rights volunteers arrived in Mississippi. They were given a pledge to practice nonviolence in all situations, and the Mississippi Project Director Bob Moses warned them that the situation would be volatile. They were also encouraged to read Dr. King’s memoir Stride Toward Freedom and Lillian Smith’s novel Killers of the Dream for information about the dangers.

Volunteers who worked on the project included a group of more than 100 medical volunteers. Their goals included providing medical aid to civil rights workers and ensuring local Black people had access to doctors. Additionally, they documented the civil rights movement through photographs. The group’s archive is maintained at the University of Southern Mississippi.

Before arriving in Mississippi, volunteers were trained by the Andrew Goodman Foundation. They worked alongside SNCC field staff to fight political messages and inequities in the system. Volunteers worked at black community centers. They also assisted in the investigation of a church bombing near Philadelphia, Mississippi. Some were arrested and beaten while working in the community.

In addition to training black people in education, Freedom Summer also helped create a potent community connection among black people. Freedom Summer also helped establish black-owned institutions and coalitions. The project also organized a new educational option for all African Americans. More than thirty new “freedom schools” were established by the Freedom Summer volunteers. These schools offered basic academic training for black students, including remedial subjects and the study of current events. They also exposed participants to the philosophy of the Civil Rights Movement and the skills required to become an effective leader.

Volunteers volunteered at the Freedom Summer Project for a variety of reasons. One group volunteered to teach youth how to use their political and civic rights to advance racial justice. The group also organized demonstrations and other events. The project enlisted more than 1,000 volunteers from different parts of the country. One third were Jewish. Women tended to be more active activists than men. They were more likely to get assignments related to their gender. For example, twenty percent of white women were asked to perform potentially dangerous voter registration work, while only nine percent of white men did. In addition, a higher percentage of women were asked to teach in the Freedom Schools. Many women also volunteered to help voter registration workers in the evenings.

The Freedom Summer project involved many experienced activists. Volunteers included James Kates, a poet and Russian translator. James has published seven books and six chapbooks and co-directs the nonprofit literary publishing house Zephyr Press. Another activist, Michael Lipsky, is a Distinguished Senior Fellow at Demos. He has also taught political science at the University of Wisconsin-Madison and the Massachusetts Institute of Technology.

The Freedom Summer Project focuses on voter registration and other civic education. During the summer of 1964, around 17,000 black residents of Mississippi attempted to register to vote. However, only 1,600 applications were accepted by local registrars. This highlighted the need for federal voting rights legislation and generated political momentum for the Voting Rights Act of 1965.

Freedom Summer is built on the work of activists from across the country. The Student Nonviolent Coordinating Committee (SNCC) recruited activists from the north to Mississippi to help with voter registration. The volunteers worked to help African-American residents register to vote, establish a new political party, and teach history at Freedom Schools.

The project was sponsored by the Student Nonviolent Coordinating Committee (SNCC), the Council of Federated Organizations (COF), and the Congress of Racial Equality (CREE). More than 1,500 volunteers were involved in the Freedom Summer project. Of these, nearly one hundred became paid staff members during the summer project. Most of the volunteers were college students. More than 900 were white college students from across the United States, and others came from England, Canada, New Zealand, and Kenya.

SNCC organized the Freedom Summer project in Mississippi in 1964. This summer project was a voter registration effort, involving thousands of African American Mississippians and over 1,000 white volunteers from out of state. However, the majority of volunteers were white, many of whom came from prestigious schools or had influential parents. How Do You Become a Certified CERT Volunteer?